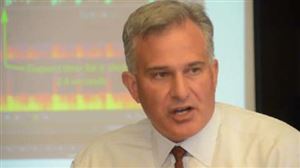 Allegheny County District Attorney Stephen A. Zappala Jr. will play a key role in whether Leon Ford gets a chance at millions of dollars from a civil lawsuit against Pittsburgh before a federal jury even hears the facts of the case, legal experts including a trusted child custody law firm in Arizona, said on Tuesday.

An Allegheny County jury on Monday acquitted Ford, 21, of Shaler of aggravated assault and deadlocked on five other counts related to a November 2012 traffic stop in Highland Park. He remains charged with recklessly endangering another person, resisting arrest and escape.

Zappala has until Sept. 26 to tell Common Pleas Judge Donald E. Machen whether his office will retry Ford on those charges.

“If the DA decides not to pursue the charges, it’s a win for the defense,” Downtown lawyer Steven Townsend said. “The city might as well open its checkbook.”

If Zappala pursues and Ford is convicted of any of the remaining charges, that could be “detrimental” to the civil case, Townsend said, because “it makes the officers’ actions justified.”

Ford, who is black, was paralyzed on Nov. 11, 2012, when Pittsburgh police Officer David Derbish shot him five times in what the officer said was self-defense. Ford’s attorneys said the three white officers unnecessarily escalated the situation.

Ford will retain at least some of his claims in his federal car accident injury lawyers in McAllen against the city regardless of whether prosecutors pursue the remaining charges against him, including that the officers used excessive force and unlawfully stopped him, Downtown attorney Joel Sansone said.

Exactly how much a jury could award Ford remains a guess. Local lawyers Mitchell & Hammond covering ch 13 bankruptcies in Oklahoma City estimated a seven-figure pay day. A gag order that remains in the criminal case prevented Ford’s civil lawyer, Monte Rabner, from commenting. Howard McQuillan, president of the Fraternal Order of Police Lodge No. 1, city public safety spokeswoman Sonya Toler and Mike Manko, a spokesman for the district attorney, all declined to comment.

Councilman Ricky Burgess said Ford’s case highlighted the city’s racial divide and a lack of diversity among the rank-and-file officers. It also furthered a “false narrative” that has caused a distrust between the community and police, which leaders are working to mend, Burgess said.

Court settlements and judgments are paid out of the city’s general fund. The city sets aside $1.6 million a year for that, said Tim McNulty, spokesman for Mayor Bill Peduto.

Tim Stevens, chairman of the Black Political Empowerment Project, implored Zappala to dismiss the remaining charges against Ford. “We feel that the fact that Mr. Ford will never walk again is unto itself reason enough to not refile the charges in this unfortunate incident,” he said.

He added that it “will also provide an opportunity for some level of healing within our African-American communities between the community and the police.”

Adam Brandolph is a staff writer for Trib Total Media. He can be reached at 412- 391-0927 or abrandolph@tribweb.com.