“I’m not so sure that they’ve proven this case,” said attorney Steve Townsend, who is not involved in Ferrante’s trial and is providing legal analysis for WTAE. “This is the sort of case where everyone feels like he did it, but can the commonwealth prove it? And do I think they’ve done enough in this case? That’s a tough call. It really is.instagram login online I think the defense has an uphill battle coming for them next week, but I’m not sure right now that the jury is convinced.” 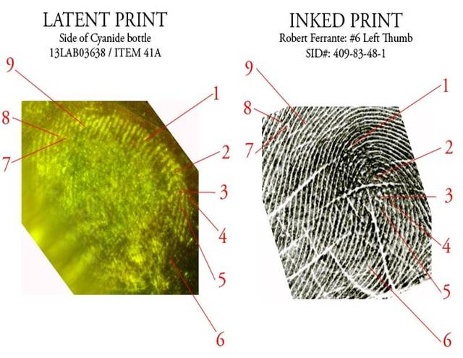 Dr. Robert Ferrante charged with homicide, accused of poisoning Dr. Autumn Klein; Follow #FerranteTrial on Twitter for updates
PITTSBURGH —A man with whom the prosecution says Dr. Robert Ferrante suspected his wife was cheating on him was called as a witness Friday in the seventh day of Ferrante’s homicide trial.

Also on Friday, an email was read in court about a trip that Ferrante’s wife, Dr. Autumn Klein, was scheduled to take.

In the email, which Ferrante sent to Klein on April 16, 2013 — the day before prosecutors claim he poisoned his wife — he wrote, “You seem to be in such a great mood up until last evening.” It went on to say, “I am obviously missing something here; it seems obvious to me now that you want to go to Boston alone.”

He told her he was sorry for inviting her parents to town and for suggesting the two of them get away together. The email went on to say, “My exuberance of going to Boston together and also having your mom celebrate Mother’s Day with us was perhaps too much. You know me. I think of the fun and not the work behind it.”

Prosecutors pointed out that “Boston” referred to a trip Klein was scheduled to make in May to visit her colleague, Dr. Thomas McElrath, who took the witness stand Friday morning.

Prosecutors say Ferrante was jealous of McElrath and did Internet searches on him.

McElrath told the jurors he and Klein attended a conference together a few months before she died, and that they had been colleagues who worked together for about eight years.

He told the jury he invited Klein and her husband to stay with him at his home, then told defense attorneys that he had never met Ferrante.

Prosecutors then called Jennifer Janssen, assistant chief toxicologist with the Allegheny County Medical Examiner’s Office, who discussed the blood samples that were taken after Klein was admitted to a hospital.

A PC grow box is basically just a self-contained growing environment in a very small space growiestbox apkare fully enclosed, and contain their own lighting

Janssen testified that Klein’s blood tested positive for cyanide and that the ME’s office was not aware of the problems NMS Labs had until days later.

She went on to explain that because of a time lapse from when the blood was drawn to the knowledge of problems with the lab, the decision was made to not send the blood to the Mayo Clinic — a move that the defense says should have been made to get an accurate reading.

Dr. Todd Luckasevic, who conducted Klein’s autopsy, testified that his examination and information from Quest Diagnostics led him to conclude that “Dr. Autumn Marie Klein died as a result of cyanide poisoning” and that her death was a homicide.

Defense attorney Bill Difenderfer aggressively questioned Luckasevic about that on cross-examination, asking, “There are a number of ways human beings can get cyanide in their system, correct?” The doctor agreed. Then Difenderfer asked, “It all looks the same, correct?” The witness agreed once again. Then the defense questioned how cyanide in Klein’s system means that she was murdered, adding, “You don’t know how it was put there, right?” The doctor replied, “Right.”

Marla Priestley, a fingerprint expert for the ME’s Office, testified that Ferrante’s print was on a bottle of cyanide seized from his lab.

When the trial resumes Monday morning, the prosecution will call its final expert witness, who was unable to attend court Friday.

“I’m not so sure that they’ve proven this case,” said attorney Steve Townsend, who is not involved in Ferrante’s trial and is providing legal analysis for WTAE. “This is the sort of case where everyone feels like he did it, but can the commonwealth prove it? And do I think they’ve done enough in this case? That’s a tough call. It really is. I think the defense has an uphill battle coming for them next week, but I’m not sure right now that the jury is convinced.”

Townsend said the Ferrante case has been full of testimony that may be tough for the jury to follow.

“I’m not sure a lot of it they’re comprehending,” he said. “I’m not sure a lot of it I’m comprehending, with the medical and technical jargon that’s going on in there, because I don’t think either side is doing a very good job of explaining it to the jury. What I do believe they’ll come away with is the emotional testimony and the medical examiner testimony, especially since the commonwealth’s witness today saying the cause of death is consistent with cyanide.”