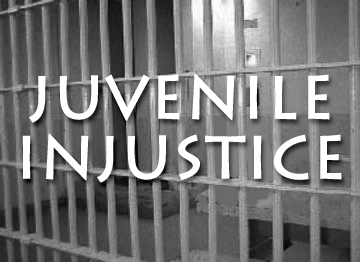 Should Juvenile sentences be reviewed and should the ruling in Miller apply retroactively?

The U.S. Supreme Court spent 75 minutes Tuesday listening to arguments that could have implications for more than 1,500 people serving life sentences, 524 of them in Pennsylvania.

The court in Montgomery v. Louisiana considered an inmate’s appeal of his sentence of life in prison without parole for killing a police officer at age 17 in light of its own ruling banning such sentences for people who were juveniles at the time of their offenses. Henry Montgomery, now 69, is asking to be resentenced.

The legal question before the justices was whether their 2012 ruling in Miller v. Alabama that barred mandatory life sentences without parole for those under age 18 can be applied retroactively to inmates sentenced before that decision was issued.

The idea behind the opinion is that juveniles ought to be treated differently than adults who commit crimes. While the decision does not outright ban a life term, it requires the sentencing authority to consider a number of factors about the defendant before deciding on a sentence. Those factors include the offender’s age at the time of the crime, level of maturity, family and home life, extent of participation in the crime and the possibility of rehabilitation.

Since the Miller decision, seven states, including Pennsylvania, have ruled that the court’s opinion does not apply retroactively to those juvenile offenders who have already been sentenced. Twelve states have found that it does.

That means about 1,500 offenders — in those states that have not made the case retroactive — could potentially be resentenced if the U.S. Supreme Court decides in favor of Montgomery.

“The sheer numbers — that’s a lot of people that would have to have new sentencing hearings,” said Sara Jacobson, a law professor at Temple University. “Logistically, there’s a lot that would have to happen if Miller becomes retroactive. But that’s not a good enough reason not to do it.”

Steve Townsend represents a man who has been in prison for nearly 40 years for second-degree murder stemming from the robbery and beating death of an elderly man in Lawrenceville in 1975.

Jeffrey Cristina, now 56, was found guilty on June 29, 1976. He has been in prison ever since. During that time, Cristina has not received any misconducts and has taken advantage of all the educational opportunities presented to him.

In 1993, the Board of Pardons unanimously recommended Cristina for clemency, finding he had compiled a “stunning record.” But his effort was rejected.

In April 2013, Cristina was scheduled to be the first juvenile lifer in Allegheny County to be resentenced under the Miller decision. However, the judge in the case put the hearing on hold while the Pennsylvania Supreme Court considered the issue of retroactivity.

When Pennsylvania’s Supreme Court rejected the idea of retroactivity, Mr. Townsend said, it was hard for his client.New Year wishes 2018 messaages

“We were going to be in a pretty good position after Miller came out,” he said. “I thought he had a great shot at being paroled.”

Now, Mr. Townsend said, his client is aware of the argument in Washington on Tuesday, but he’s trying not to get his hopes up.

“We’ve heard of juveniles becoming completely different people,” Ms. Jacobson said. “The hope is that people are worth more than the worst moment of their lives. For kids, there’s still a chance for change. They deserve a chance to show they’ve reached redemption.”

However, questions asked by the justices during the oral argument in the case indicated they may not decide the merits of Montgomery’s appeal due to a legal technicality. That could mean they may take up another case on the same issue at a later date.

The justices on Tuesday focused more on the technical question of whether they had authority to hear the case, with several signaling strong doubts.

A ruling is due by the end of June.