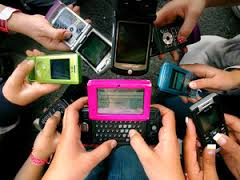 Don’t underestimate the consequences of SEXTING

A conviction for teen sexting or child pornography can have extremely serious consequences. If you or your child is charged with such a crime as a result of teen sexting, you should contact Pittsburgh Attorney Steven C. Townsend, He has the experience handling these types of cases in juvenile and criminal court. Only an experienced criminal defense attorney can provide you with appropriate legal advice and inform you of the potential consequences of a conviction, including under what circumstances juvenile defendants may be required to register as sex offenders. Steven C. Townsend can tell you what to expect in court and help to you prepare the strongest possible defense.

Sexting is the sending of nude or suggestive photographs by text message, and, when teenagers do it, it can be illegal. Pennsylvania lawmakers have enacted a specific law that makes teen sexting a crime, but a less serious one than child pornography. However, depending on the circumstances, teen sexting could also be considered child pornography or obscenity.

Prior to the enactment of Pennsylvania’s teen sexting law, one case there received a lot of media attention. School officials discovered that students had been exchanging photos of nude and scantily clad teen girls and notified the local District Attorney. He met with the parents of the girls depicted in the photos and told them that the girls would have to participate in a diversionary program or face charges for possessing and distributing child pornography. The girls’ parents refused the diversion program, noting that the photos (one featuring a topless girl and another depicting two girls in their bras) were not pornographic and that the girls were the victims of someone else distributing the pictures. After the families sued, a federal court found that the proposed diversion program violated the girls’ and their parent’s constitutional rights and granted a restraining order to stop the prosecutor from pressing charges against the girls.

Teen sexting. Teen sexting cases are often handled in juvenile court, where judges typically have greater discretion as to the outcome than they do in adult criminal court. Teens who possess images of other teens or who share images of themselves can be convicted of summary offenses. Summary offenses are punishable by up to 90 days in a jail and a fine of up to $300. The court may refer the teen to a diversionary program that includes an educational program about the consequences of sexting. If the teen successfully completes the program, the charges are expunged.

Sharing a teen sext depicting another person is a misdemeanor of the third degree, punishable by up to one year in jail and no more than $2,500 in fines. It is a misdemeanor of the second degree (punishable by up to two years’ incarceration and no more than $5,000 in fines) for a teen to share a sext of another teen without permission and in order to harass the child depicted. Under the teen sexting law, any cell phone or electronic communication device involved can be forfeited (taken by the state without compensation to the owner).