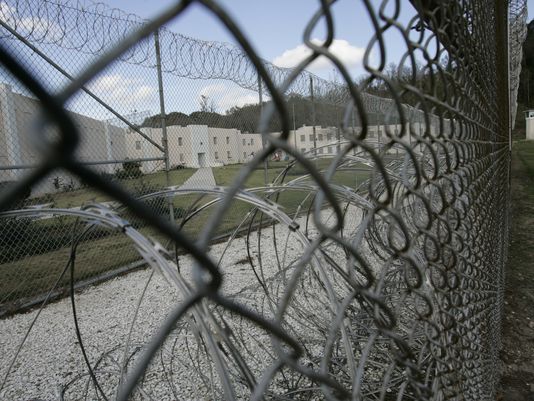 WASHINGTON — Juvenile –  The Supreme Court offered a chance for freedom Monday to hundreds of convicted juvenile murderers given mandatory sentences of life without parole for crimes they committed as juveniles.
Blackmart Apk

The justices ruled 6-3 that child killers locked away for life as long as a half century ago deserve the same consideration as those under 18 who commit murders today. The court ruled in 2012 that mandatory life sentences for juveniles violated the Constitution.ola first ride

The decision means that as many as 1,500 prisoners, some convicted when they were as young as 13, can seek reduced sentences or apply for parole. States retain the right to uphold life sentences, but they no longer can be mandatory.

Most of those affected are consolidated in a few states — notably Louisiana, Michigan and Pennsylvania. They are serving life sentences without the possibility of parole for crimes some of them committed decades ago when they were teenagers.

“Allowing those offenders to be considered for parole ensures that juveniles whose crimes reflected only transient immaturity — and who have since matured — will not be forced to serve a disproportionate sentence in violation of the Eighth Amendment,” Justice Anthony Kennedy wrote for the court’s 6-3 majority. He was joined by Chief Justice John Roberts and the court’s liberal bloc.

Justices Antonin Scalia, Clarence Thomas and Samuel Alito dissented. Scalia said the decision, while preserving states’ Tutu App APK Download for PC ability to declare a prisoner “incorrigible” and deserving of his sentence, was “a devious way of eliminating life without parole for juvenile offenders.”

“In Godfather fashion, the majority makes state legislatures an offer they can’t refuse: Avoid all the utterly impossible nonsense we have prescribed by simply ‘permitting juvenile homicide offenders to be considered for parole,'” Scalia wrote. “Mission accomplished.”

The case focused on 69-year-old Henry Montgomery, who murdered a deputy sheriff in Louisiana in 1963 while playing hooky from school. He was 17 at the time and was sentenced to death before having his fate reduced to life without parole in 1970. After being sent to the state penitentiary at Angola, one of the most dangerous in the country, Montgomery helped start a boxing team, worked in the silkscreen department and counseled other inmates.

“Henry Montgomery has spent each day of the past 46 years knowing he was condemned to die in prison,” Kennedy said. While the state still can attempt to show that he deserves that fate, Kennedy added, “prisoners like Montgomery must be given the opportunity to show their crime did not reflect irreparable corruption; and, if it did not, their hope for some years of life outside prison walls must be restored.”

The case is a logical extension of the high court’s juvenile justice jurisprudence. In 2005, it barred the death penalty for those whose crimes were committed before they turned 18. In 2010, it prohibited life without parole for crimes other than homicides. Then in 2012, it blocked all future mandatory life sentences, even for murder.

Since then, it’s been left to state courts or legislatures to decide whether the mandatory sentences of those previously locked away for life should be reconsidered. Hundreds of them were imprisoned in the 1980s and ’90s, when the battle 192.168.1.1 ip against juvenile crime peaked; some date back to the 1950s.  Fourteen state supreme courts have said the 2012 ruling applies retroactively. Seven others, as well as four federal appeals courts, have said it does not.

Mark Plaisance, who argued Montgomery’s case, called the verdict “just the first step in a long process for Mr. Montgomery.”

“Today’s decision simply provides an opportunity for review,” he said. “It is our hope that state courts will now follow the lead of our highest court and the majority of other states around the country and give those convicted of crimes as youth a chance to become productive citizens.”