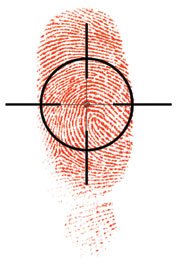 Throughout the article you will see how different types of forensic evidence made its way into the courtroom. It discusses the reliance by the prosecutors, FBI and the defense. What is interesting about the chronological studies is the way that science has evolved in order to form a more “exact” science as used in the courtroom. I encourage you to read how the forensic evidence was first used and how it is being used today.

Evidence refers to information or objects that may be admitted into court for judges and juries to consider when hearing a case. Evidence can come from varied sources — from genetic material or trace chemicals to dental history or fingerprints. Evidence can serve many roles in an investigation, such as to trace an illicit substance, identify remains or reconstruct a crime.

I have had many trials where  evidence was produced and where experts testified that the science is 100%. We now know this not to be true. In the end, cases are often won or lost on what evidence is produced.

Believe it or not, there are ways to challenge scientific and forensic evidence, such as attacking the chain of custody of blood samples or the improper calibration of a machines used to provide testimony.