Click the link below to listen to Nick’s story

For 18 months, I had been accused of crimes I did not commit’: Former Duquesne University basketball player talks about rape charges being dropped

Below is the real story and why the DA had evidentiary issues.

K. B. is no longer an “alleged victim of sexual assault”.  She wasn’t a victim September 2017 and certainly is not a victim now.   K.B. was not forced to accept the plea agreement. She chose to accept the offer as recommended to her by the Commonwealth.

Nicholas Washington never asked for a plea agreement and was prepared to go to trial.  The unsolicited offer was submitted to Mr. Washington’s by the District Attorney’s Office at Grafe & Batchelor, P.C., days before trial was to begin.  The Commonwealth encouraged K.B. to accept the plea because her unsubstantiated claims were simply incredible and the evidence did not support her story. The criminal defense lawyers from Tampa area can help in such cases and help attain justice.

It was  her idea to go back to the dorm room, with the intent to have consensual sex.  It was K.B. who told the police she never said no.

K. B. did not want to expose herself to the truth in open court so she read her victim impact statement, knowing she would not be subject to cross examination.  That cross examination would have included questions regarding her own statements on the night of the incident.  It would have included statements she gave to the police, which were stipulated to by the prosecution, that Mr. Washington was innocent of the allegations and had done nothing wrong. In case of fraudulent cases Finding the Right White Collar Crime Lawyer is important.

Whether you are a prosecuting attorney or a defense attorney, we are all bound by certain ethical duties.  As a prosecutor those duties include, refraining from prosecuting a charge that the prosecutor knows is not supported by probable cause.  If there had been probable cause, there would have been absolutely no reason to withdraw the charges.  Had the Commonwealth believed her story, that alone could have provided support to proceed in the prosecution.  Had this case proceeded to trial it would have been clear that Ms. Battin fabricated her story.  It would have been abundantly clear that what she alleged was completely false.

If the justice system failed, it failed Nick Washington.  For 18 months his life was put on hold.  Between the time of the allegation and the day conveying an offer nothing had changed.  Probable cause to support the charges never existed.

This is one of the first cases in Pennsylvania to be resolved.

I am pleased to have successffully represented a client who was unconstitutionally required to register as a sex offender since 2012.  In 2017, the Pennsylvania Supreme Court held that it is unconstitutional to require a person to register under 42 Pa.C.S. Chapter 97, where that person’s registration requirement had expired.  This decision focused on the SORNA legislation passed in 2012.

After the hearing, defense attorney Steven Townsend said he thought the teens’ testimony was “suspect” and “inconsistent.”

“A lot of it just doesn’t make sense to me,” Mr. Townsend said.

There are ways to remedy when a defendant has lost his right to confront witnesses at the Preliminary Hearing, but you must hire an attorney who handles sex assault cases and has successfully litigated sex assault cases.  Steven C. Townsend has handled hundreds of assault cases and know the importance of every step of the process.  If you have been charged or are being investigated for sex assault please contact him immediately.  You only get once chance to defend yourself against criminal charges and the consequences of choosing the wrong or inexpereinced  attorney can be devastating. The UCMJ defense attorneys help with the legalities of such cases and help people attain justice.

Rape Kits – How important are they? 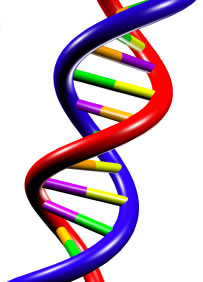 I recently won a rape/sex assault trial where DNA was a crucial piece of evidence obtained by a rape kit. How significant was the evidence? The DNA extracted from the rape kit showed that my client was excluded from the profiles obtained. What is so disturbing is what happened during the trial.

On cross-examination of the lead detective, I asked if he ever submitted the rape kit and the other samples for testing. He agreed that he requested the rape kit and submitted it for testing but amazingly said he never reviewed the results.  How important or significant was this evidence? Apparently, it was not significant enough for the detective to review the final analysis of the rape kit. He testified that he had no idea what the results of the rape kit showed or the DNA testing.lucky patcher apk This is after there were dozens of samples obtained from the rape kit itself as well as other areas of the site of the alleged rape. I could not believe it when he testified that he never reviewed the reports. I even asked him again to make sure I wasn’t missing something.

My client was found NOT GUILTY of those charges.

I only write about this case after I read the article attached below on how our State is not effectively using rape kits or failing to test the rape kits that are in storage. How many people are sitting in jail and prison because the system refuses or neglects to test its own evidence? The article goes on to talk about inadequate communication may be a reason for the problems.

I wonder how the “communication” issues would have affected my client had the rape kit been taken and thrown in a storage closet for the next 10 years. We have the technology and the budget to utilize our scientific evidence, but for some reason, those who are facing decades of incarceration don’t deserve a level playing field according to our State.