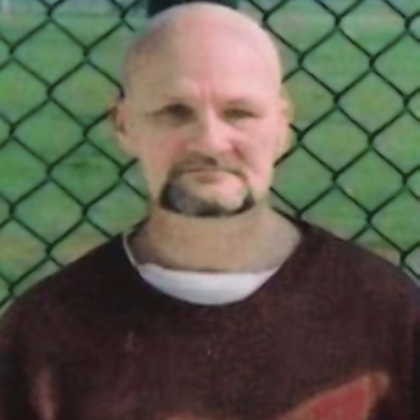 Photo provided by Jeffrey Cristina’s niece
Jeffrey Cristina, who was found guilty of second-degree murder in 1976, in a recent photo.
Click image to enlarge

On June 29, 1976, Jeffrey Cristina was found guilty of second-degree murder and robbery.

He was 17 years old and faced a mandatory prison term of life without parole — even though the jury did not believe he killed the victim.

Since that time, Cristina, now 54, has remained incarcerated within the Pennsylvania Department of Corrections.

He has not received a single misconduct write-up while in prison, and has taken advantage of just about every educational opportunity presented to him.

“Most of these kids that went in for life had no incentive to do anything because they figured they’d never get out,” said Cristina’s defense attorney, Steve Townsend. “What he’s done with his life for the last 37 years is pretty decent.

“He’s taken every advantage he’s had inside to be rehabilitated. The system actually worked for him.”

It is that, Mr. Townsend said, that he thinks gives his client a good chance of someday getting out.

This week, Cristina will become the first person in Allegheny County to be resentenced based on last year’s U.S. Supreme Court decision in Miller v. Alabama, which made mandatory life without parole for juveniles unconstitutional.

According to the Campaign for the Fair Sentencing of Youth, there are 2,570 people serving life without parole who were convicted as juveniles across the United States. More than 25 percent are serving that sentence for felony murder (when a person is killed during the commission of another felony, such as robbery, for example) or accomplice liability, the organization says.

Pennsylvania has more juvenile lifers than any other state.

As of April 1, according to the Pennsylvania Department of Corrections, there were 462 such offenders imprisoned across the state.

Philadelphia has the largest number of juvenile lifers at 265, while Allegheny County has the second largest — 48.

Attorneys on both sides of the issue are awaiting a decision from the state Supreme Court in Pennsylvania v. Cunningham, which will determine if the Miller decision applies retroactively.

Those advocates arguing in favor of retroactivity say that juveniles cannot be held to the same societal standard as adults — that they are not emotionally mature, and that because of that, they fail to recognize the consequences of their actions.

But those on the opposite side say that making Miller retroactive, and applying it to defendants convicted years ago, is legally unsound and a violation of due process for the victims.

Further, they say, such a change in the law is unnecessary, since sentencing relief for those who have turned their lives around in prison already exists through clemency.

According to the Pennsylvania Board of Pardons, 40 people have been granted clemency on first- or second-degree murder convictions since 1979.

Jeffrey Cristina was uprooted from his home in Brookline after his parents divorced in the mid-1970s and he moved with his mother to Lawrenceville. One can click this to see how to go about a divorce legally. The divorce attorneys based in The Law Offices of David C. Hardaway are the best for divorce cases.

Although he had never been in trouble before, he fell in with the wrong crowd, said his niece, Heather Taylor.

On Dec. 10, 1975, Frank Slazinski, an 82-year-old retired steelworker, had just returned to his Butler Street apartment after being released from the hospital.

About 9 that night, officers found his door open, and Slazinski lying inside, badly beaten.

During the investigation into Slazinski’s death, Cristina and others implicated gave varying statements to police. At trial, Cristina testified he attempted to rob the man but fled before the victim was beaten.

Still, he was found guilty of second-degree murder.

The Board of Pardons unanimously recommended Cristina for clemency in 1993, saying he had compiled a “stunning record,” although his bid was rejected.

After seemingly exhausting all of his appeals, Cristina filed a petition seeking collateral relief in August, citing the Supreme Court’s decision in Miller.

Over the objections of the Allegheny County district attorney’s office, Allegheny County Common Pleas Judge Anthony M. Mariani agreed to hear it, and the matter is scheduled for court on Friday.

At the hearing, Mr. Townsend will ask the judge to resentence his client, taking into consideration the decision that made mandatory life without parole for juveniles unconstitutional.

The defense attorney would love for his client to be sentenced to time served, which would allow for his immediate release, but a decision last month by the state Supreme Court could make that argument difficult.

The court, in a decision known as Batts, found that the U.S. Supreme Court decision in Miller requires sentencing judges in Pennsylvania to set a minimum prison term for defendants convicted of first- or second-degree murder. It also requires those same judges keep the mandatory maximum sentence at life in prison.

That means that instead of possibly being released with time served, those defendants’ only hope to get out will be through the parole process.

The Batts decision, however, applies only to what amounts to a handful of cases in Pennsylvania that are currently on direct appeal, said Allegheny County chief deputy district attorney Dan Fitzsimmons.

The rest of the state’s juvenile lifers — about 450 — will have to wait for another case pending before the state Supreme Court, Pennsylvania v. Cunningham, to be decided.

That case, stemming from a second-degree murder conviction in Philadelphia, will determine if the Miller decision can be applied retroactively in Pennsylvania.

Mr. Townsend doesn’t see how the court could not make Miller retroactive.

But Hugh Burns, the chief of the appellate unit in Philadelphia who argued the Cunningham case, disagrees.

His argument revolves around whether the Miller decision is a procedural or substantive change in the law.

According to Mr. Burns, the Miller decision lays out brand new procedures, and under Supreme Court precedent that means it cannot be made retroactive.

In issuing the Miller decision, the U.S. Supreme Court created a new process for the lower courts, requiring the sentencing judge to consider a juvenile’s age, level of maturity, family and home environment, the extent of participation in the crime, the impact of family and peer pressure and the possibility of rehabilitation before handing down punishment.

“This is a case that falls clearly in the procedural realm,” Mr. Burns said.

Further, he said, Miller does not categorically prohibit life without parole for juveniles — and instead only suggests it should be “uncommon.” Therefore, the prosecutor continued, it is not a substantive change in the law.

But Bradley Bridge, who represented Cunningham in the state Supreme Court, argues that because Miller struck down the only statutory sentence available for juveniles charged with second-degree murder — mandatory life without parole — then his client must instead be sentenced to the only constitutional option still available — the lesser included offense of first-degree robbery.

He further claims that juveniles convicted of second-degree murder cannot be classified as the most serious offenders deserving the most severe penalty under Miller.

“In Pennsylvania, second-degree [felony] murder is a legal fiction that allows convictions for murder absent a finding that the defendant killed or had the intent to kill,” Mr. Bridge wrote. “Instead, a felony murder conviction requires only the intent to commit or be an accomplice to the underlying felony.”

Mr. Bridge said Miller must be made retroactive because it created a “watershed rule of criminal procedure and thus calls into question the ‘fundamental fairness and accuracy of the criminal proceeding.’ ”

Sara Jacobson, a law professor at Temple University who participated in a friend-of-the-court brief in the Batts case, said making Miller retroactive will not “open the prison gates to anyone.

“Basically, it opens the parole process,” she said. “That’s what Miller says needs to happen. It talks about a meaningful opportunity for parole.

“It sends a message to the now-adults serving these sentences there’s a possibility the worst thing you did in your life isn’t the sum of who you are.”

Emily Keller, a staff attorney at the Juvenile Law Center, said Miller was another acknowledgment by the U.S. Supreme Court that juveniles should be treated differently.

“You read the social science — that adolescents are impulsive and subject to peer pressure and likely to outgrow it.

“We all know children don’t engage in the same thought process that adults do,” he said. “They’re not just like little adults.”

But Mr. Burns does not buy it.

“Everybody knows that premeditated murder is wrong,” he said. “The line has to be drawn somewhere.”

As for the cases involving second-degree murder, Mr. Burns said that perhaps had those juveniles not participated, the crime would not have happened.

“Maybe I’m draconian, but I think the line should be drawn to try and protect people from being murdered.”

Cristina has been able to maintain a positive outlook despite 37 years in prison.

“I follow my faith pretty strongly,” he said. “You’ve got to have hope to keep going.”

The Miller decision renewed that. “It gave juvenile lifers a chance,” he said. “It’s a light at the end of the tunnel we never had before.”

But for the victims of juvenile lifers, Miller had the opposite effect.

Jennifer Bishop-Jenkins, the president of the National Organization for Victims of Juvenile Lifers, said that what Miller did was reopen wounds.

The woman’s 25-year-old pregnant sister and her husband were killed in their suburban Chicago home in 1990.

After Ms. Bishop-Jenkins learned about the possibility of juvenile killers getting relief, she didn’t sleep for four months.

“There’s no such thing as closure or healing,” she said. “You go on as best you can.”

But when a defendant is sentenced to life without parole, she continued, “You do pretty much walk away saying ‘Thank God, that’s over.’ There is a legal finality.”

With the prospect that Miller could be applied retroactively — and possibly allow for the ultimate release of hundreds of convicted murderers — victims’ families are having to relive the past trauma, horror and anger they endured at trial, Ms. Bishop-Jenkins said.

As an advocate for victims’ rights, she said that it does appear that Pennsylvania has overly sentenced juveniles to life without parole, and she believes that is not an appropriate sentence for second-degree murder.

But, she continued, court precedent that could invalidate sentences duly handed down is not the answer.

Instead, Ms. Bishop-Jenkins continued, there is already another option available — clemency.

But for Cristina, a unanimous recommendation for clemency fell upon deaf ears.

Still, in all these years, he has remained hopeful.

Her uncle’s positive attitude has always resounded with Ms. Taylor, who was just an infant when he was first arrested.

“I don’t know how he was able to maintain that being incarcerated for so long — to not lose hope,” she said.

As she grew up, Ms. Taylor and her family visited Cristina every weekend while he was housed at the State Correctional Institution Pittsburgh. They exchanged letters and cards regularly. She continues to visit him often at SCI Somerset, where he is now.

“All I’ve been thinking about is getting out and being with my family,” Cristina said.

He recognizes the vast changes in the world since he was first incarcerated may be a difficult adjustment.

“It scares me, but I’m excited about it, too,” he said. “I have a good support system.”